Covering all major Sectors and territories of
national infrastructure pipeline 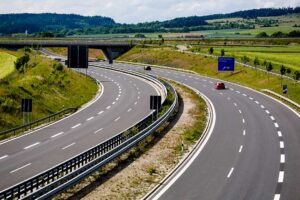 The Indian roads carry almost 90 per cent of the country’s passenger traffic. In India sales of automobiles and movement of freight by roads is growing at a rapid rate. 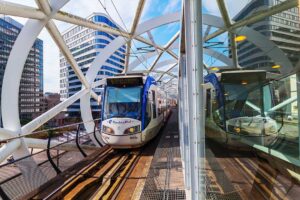 Metros/ Mono Rails are part of urban mass rapid system. In India, this sector can be said to be part of urban semi rapid rail sector in India. In India, there are 13 operational metro systems and 8 under construction in 21 cities in India. For monorail, Mumbai opened its first operational monorail system in India. In Indian cities, mono rail projects are developed as a feeder system to metro rapid system in India. The Mumbai Metropolitan Region Development Authority (MMRDA) first proposed a monorail in 2005. According to the MMRDA, the bus service operating in the city plied crowded and narrow areas at very slow speeds, thus offering no benefits to the commuters and adding to the traffic congestion. 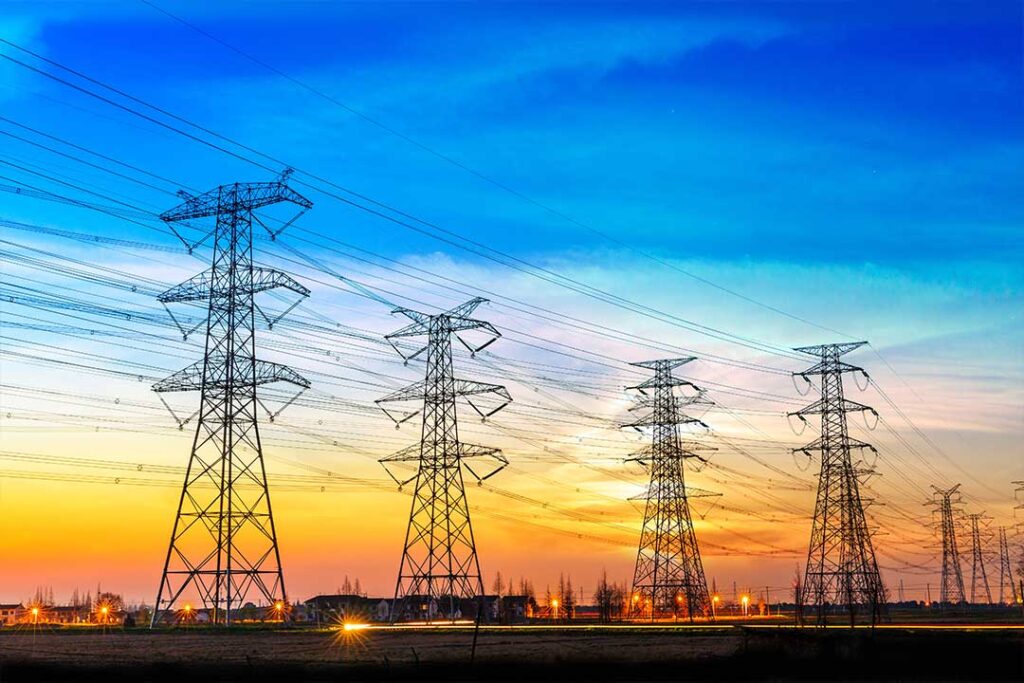 Transmission lines play an important role in power delivery across India. It facilitates evacuation of power from generating stations and its delivery to the load centers/ sub stations. For an effective delivery of power through Inter State power transmission system and National Grid, major work is needed in transmission network. Over the years an extensive network of transmission has been laid for smooth delivery of power to all regions in India. The nominal extra high voltage lines in vogue are +- 800 KV HVDC & 765 KV, 400 KV, 230/220 KV, 110KV, and 66 KV AC line. 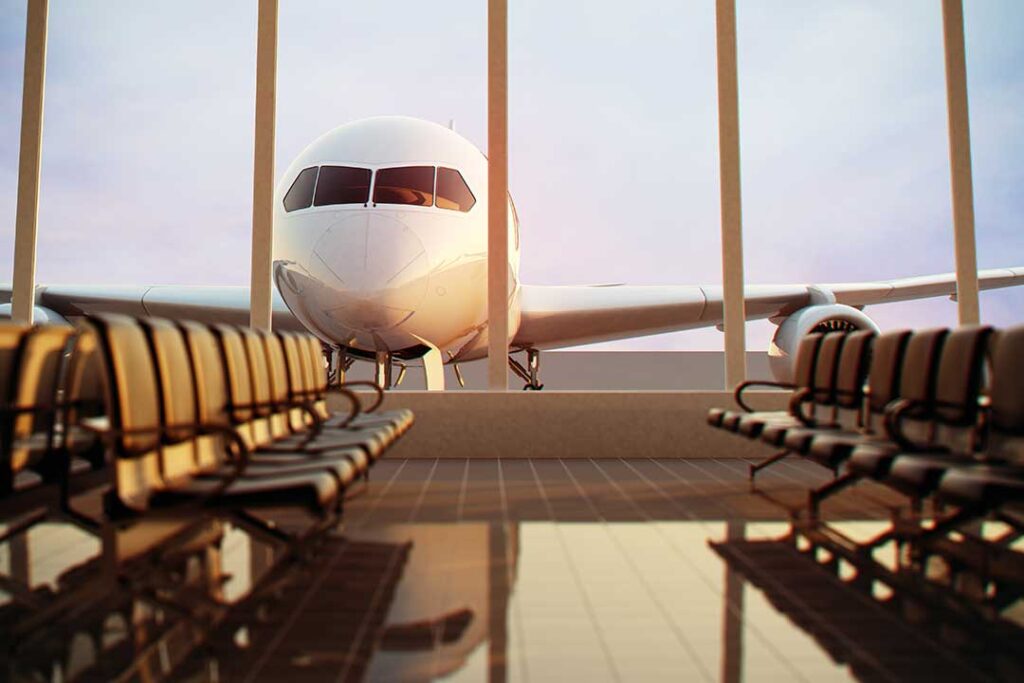 Aviation Sector in India is one of the fastest growing industries in the country during last 30 years. India is third largest domestic aviation market in the world and is expected to overtake UK to become the third largest air passenger market by 2024.

To meet the rising demand in air traffic, Government of India has been making various policies and schemes to increase the number of airports in country. 486 total airports, airstrips, flying schools and military bases available in the country. 123 airports with scheduled commercial flights including some with dual civilian and army use. 34 international airports India has envisaged a plan to increase the number of operational airports to 190-200 by FY40 under its Udaan Scheme. The rising demand in the sector has pushed the number of airplanes operating in the sector, and it is expected that number of airplanes to reach 1,100 planes by 2027. 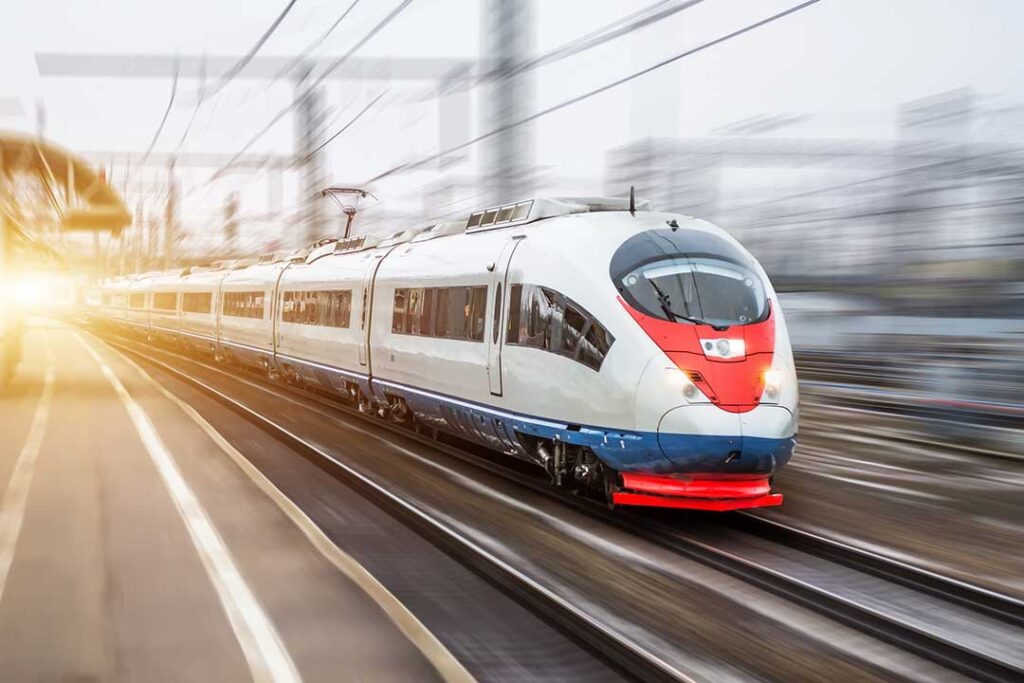 Indian Railways is one of the world’s largest rail network. It is also recognized as one of the largest railway systems in the world under single management. Route length of the Indian railway network is spread over 1,23,542 kms, with 13,523 passenger trains and 9,146 freight trains plying 23 million travellers and 3 million tonnes (MT) of freight daily from 7,349 stations.

In recent years, Government of India has formulated numerous investor-friendly policies to increase investing in railway infrastructure. Foreign Development Investment (FDI) has been allowed in the sector to improve infrastructure for freight and high-speed trains. 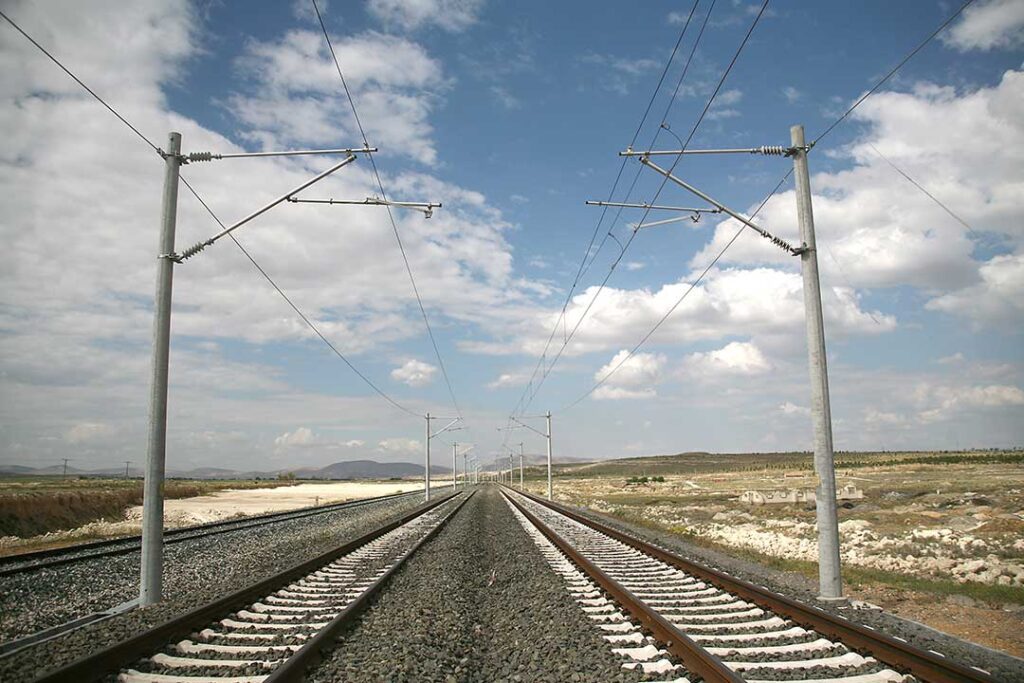 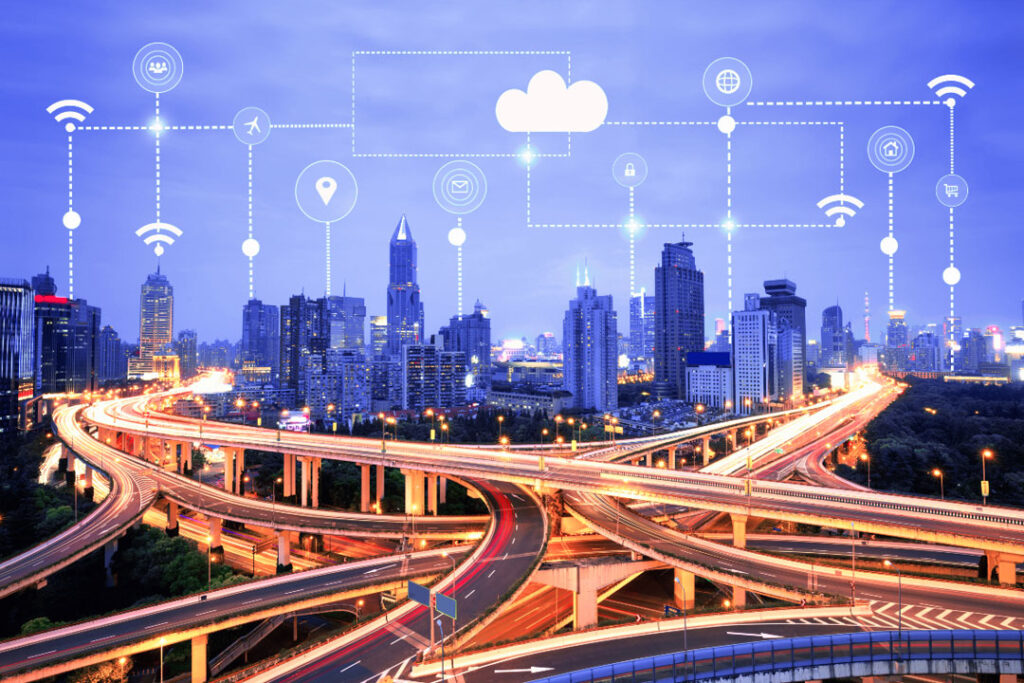 India is witnessing one of the highest urbanization growths across all the countries in the world. India’s urban growth is expected to grow at 37% till 2050 and Indian cities will add 404 million people. By 2030, 50% Indians will live in urban cities, and the number of cities with population more than 1 million will grow from 46 to 68.

With this projected growth, Indian cities need to provide jobs, housing, transportation, and other urban infrastructure services. In 2015, the Indian government for the first time in history recognized the importance of urban development and launched the Smart Cities Mission (SCM). Under the SCM, the GOI has planned to develop 100 Smart Cities 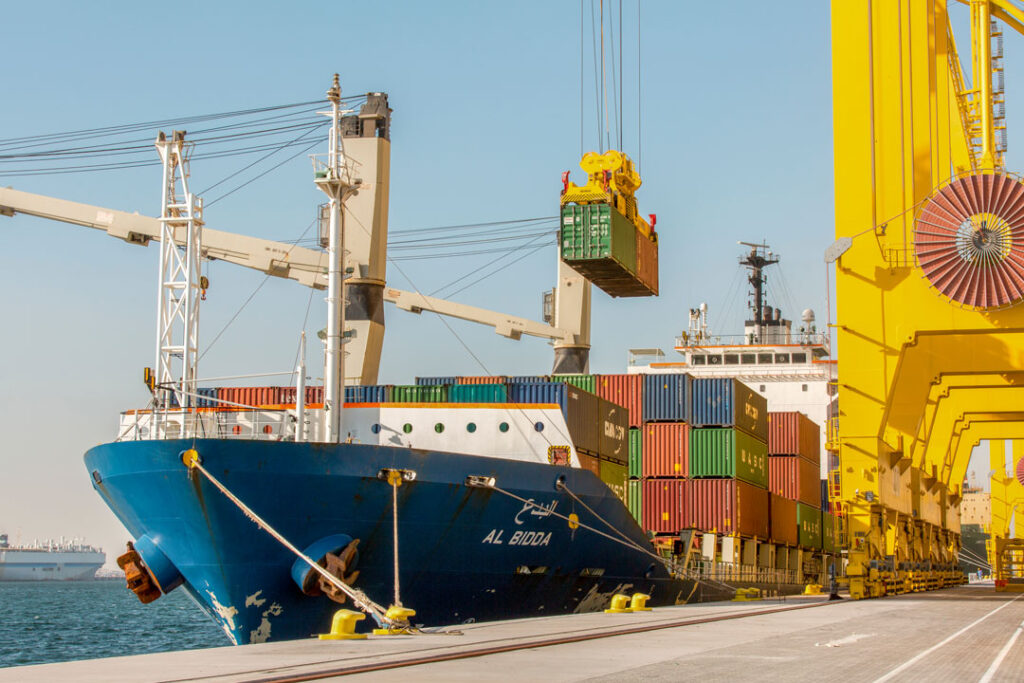 The port sector in India plays an important role in maintaining India’s trade and commerce. The sector is entirely driven by India’s growing external trades. As per, Ministry of Shipping, 95% of India’s trade by volume and 70% by value is done through the shipping & ports sector.

India has 12 major ports and 205 modified minor and intermediate ports. Under Sagarmala project, 6 new mega ports are to be developed in country. Like some other infrastructure sectors, Indian Government plays a vital role in the growth of this sector. Recently it has allowed 100% Foreign Direct Investment (FDI) under the automatic route for port and harbor construction and maintenance projects. 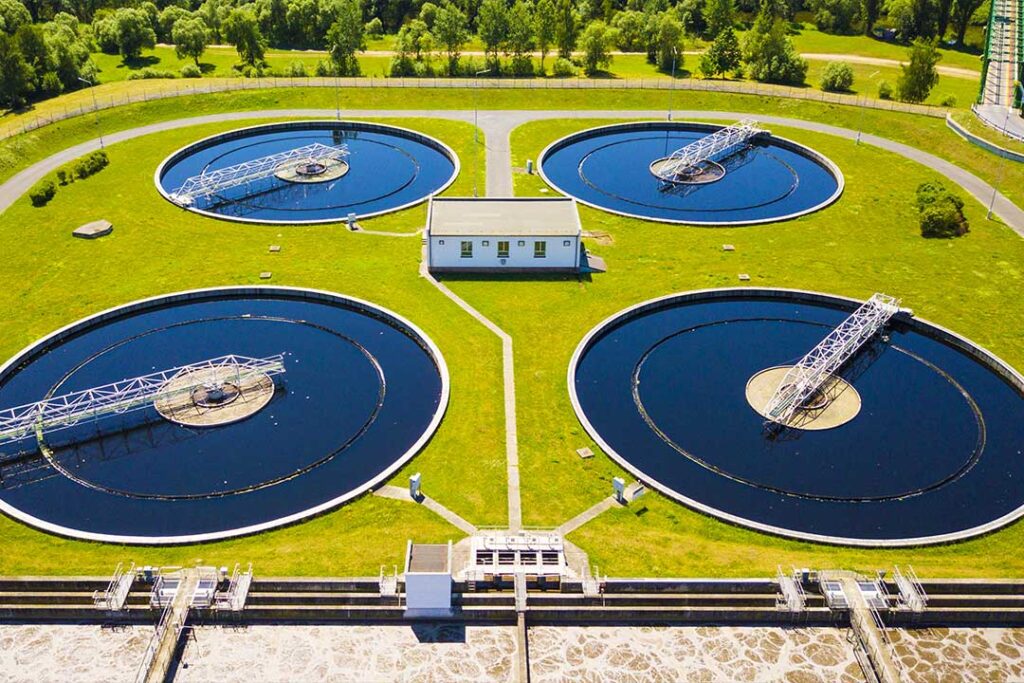 Water plays an important role in economic development of the country. For a sustainable growth it is important that water and water resources are managed and maintained effectively. Water scarcity can lead to negative impact on GDP and in case of India, it may impact by negative 6 % of GDP. In India, industrial activity accounts for 30% GDP and by 2030 it will require four times the volume of water it uses now.

In recent years, Union government has accorded the highest priority to water and has been working on water management in holistic manner and launched several schemes for a better management of water and water resources so that all have equal access to clean and portable water. 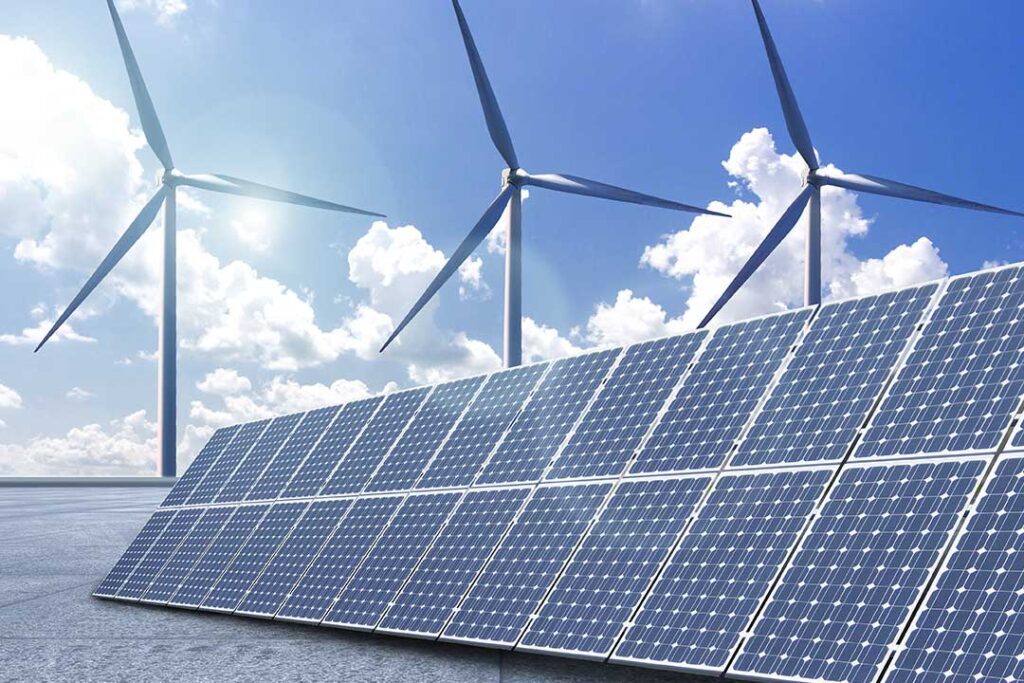 India renewable energy is on the rise in recent years. It is fourth most attractive renewable energy sector in the world. Renewable energy has a share of 23.39% in the total installed generation capacity in the country i.e. 368.98 GW. As a result, India is ranked 4th in wind power, 5th in solar energy, and 5th in renewable power installed capacity.

In between FY 2016-2020, the sector has grown at a CAGR of 17.33%. With increased government support, and adoption of renewables by the economies, sector is witnessing lots of investments by the private funds, sovereign funds, and others.

India has set an ambitious target of outpacing its energy demand by 2040 through energy supply. And renewable energy lays an important part in achieving this target. Country plans to add 30 GW of renewable energy capacity along the desert area on its western border in Gujarat and Rajasthan

Recent push by Indian government had led to electrification of all villages by April 2018. 25 states in India have achieved 100% household. 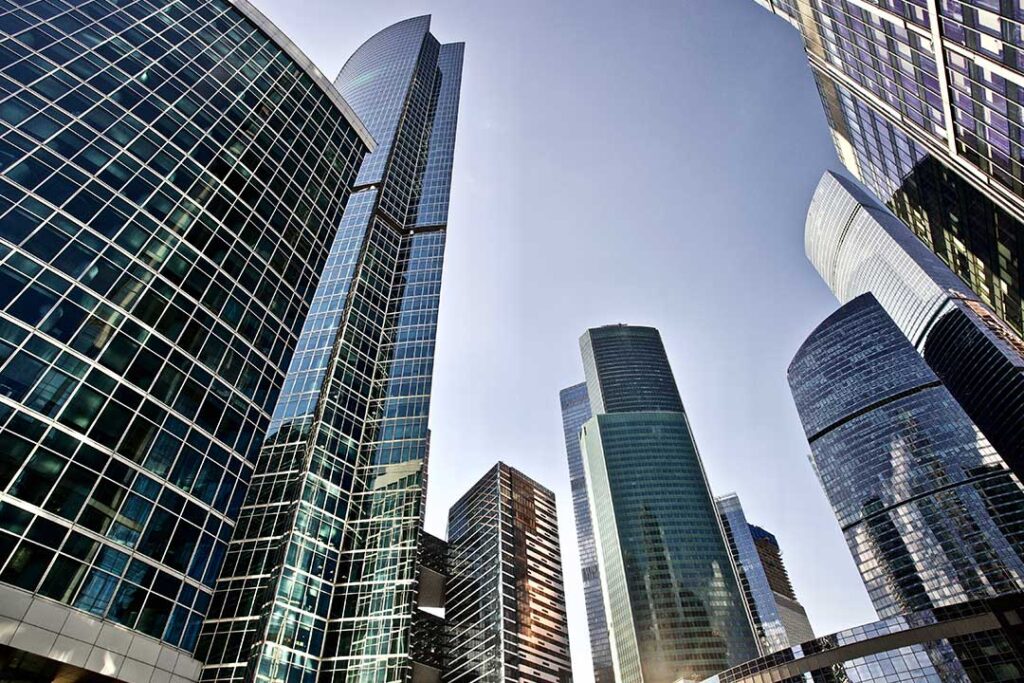 Buildings i.e. Real estate sector in India has four components to it: i) housing, ii) retail, iii) hospitality, iv) commercial. The real estate industry is ranked 3rd in terms of direct, indirect, and induced effects in all sectors of the economy. With continued housing demand, need for office spaces, growth in sector is well complimented by the India’s growing middle income class, and corporate environment.

Industrial projects i.e manufacturing sector is India has emerged as one of high growth sectors in India. Programmers such as Make in India is targeted towards making India a global manufacturing hub. Government of India is aiming to create 100 million new jobs in sector by 2022. 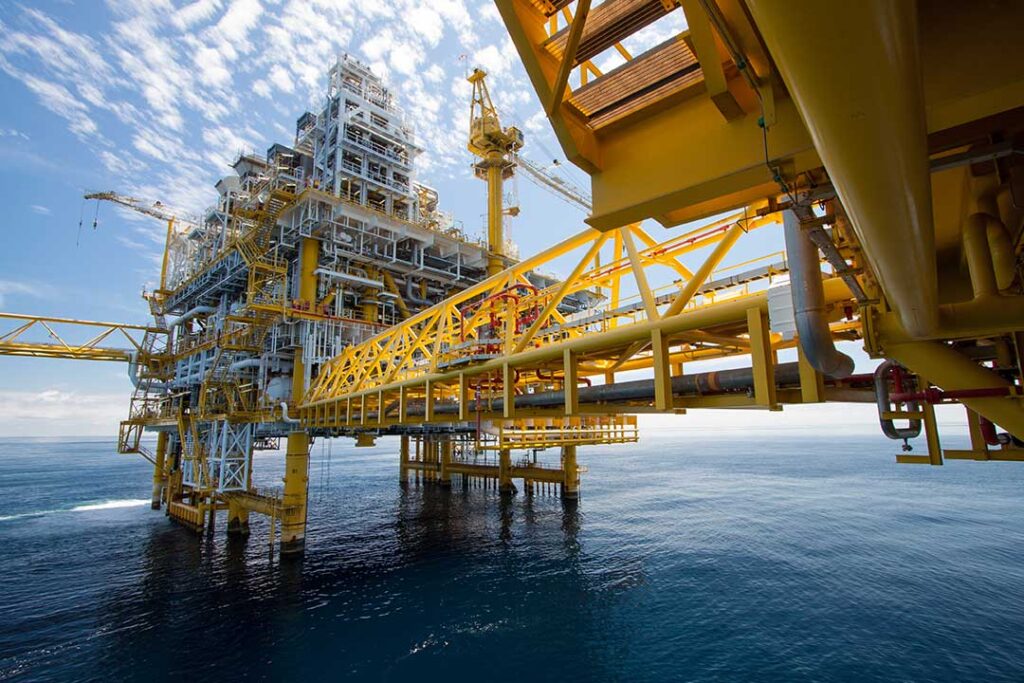 India is the third largest energy consumer in the world. Oil and Gas sector is one of eight main industries in the country. In recent years, Indian Government has adopted several policies to meet the growing demand of the oil and gas. The government has allowed 100% Foreign Direct Investment in natural gas, petroleum products, refineries, and may other sub sectors of Oil and Gas Industry. Government has formulated many policies such as OALP, and CBM to encourage investment. The sector is expected to attract investment of US $25 billion in exploration and production by 2022.

Economic growth of India is directly correlated to energy demand, so demand for oil and gas is expected to grow at scale. The industry is set for a massive change and it provides one of the most lucrative opportunities for investment in India. 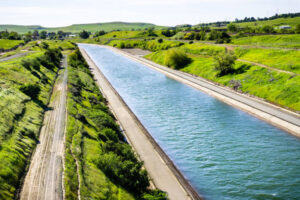 Tunnel sector in India is dependent on other related sectors such as roads, railways, water, hydropower and others. Investment in the sector is driven by investments in roads, highways, railways and hydropower. Hydropower accounts for maximum number tunnel development, followed by roads/highways and railways. In India, tunnels span over 3,418 km. In terms of length, 61% of tunnel length has been completed, 32% in construction, and remaining 7% has been recently awarded. 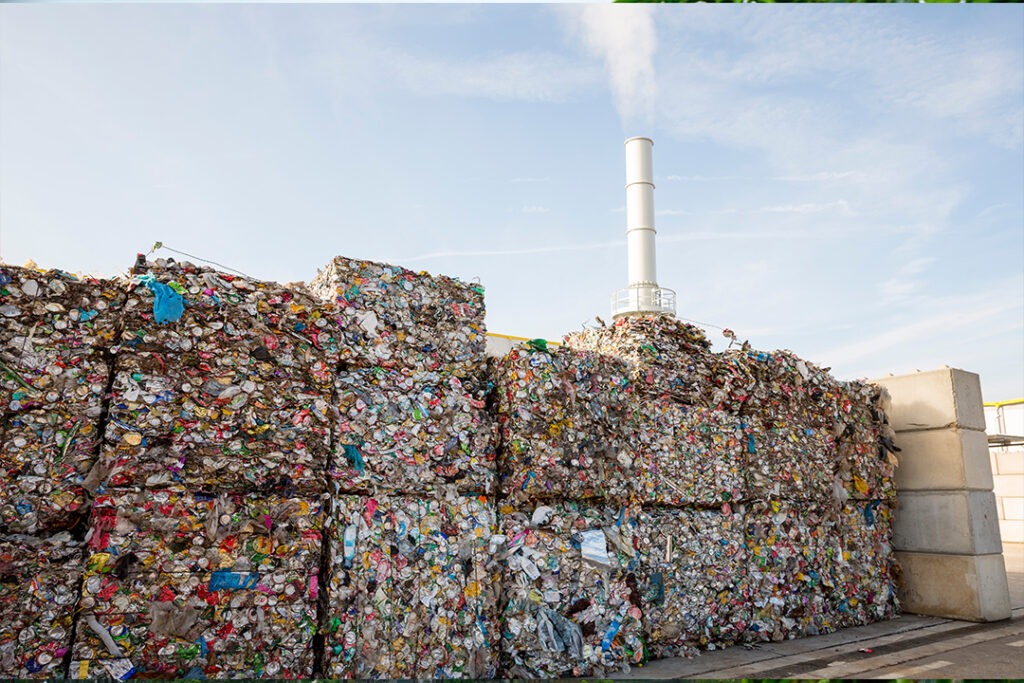 Indian population generates 62 million tonnes of waste annual. Out of these 62 million tonnes, less than 60% is collected and only around 15% is processed. Majority of the waste go into landfills. Landfills in India accounts for third most greenhouse gas emissions, thus solid waste management is been a critical issue in country.

As per Press Information Bureau, India generates 62 million tonnes of waste which contains both recyclable and non-recyclable waste. The annual growth rate of waste generation stands at 4%. These generated waste in Indian habitable areas can be divided into three major categories: organic, dry, and biomedical. Out of these only 42.9% of wastes are collected, and only 10% of it are treated and rest is dumped either in landfills and open areas.

We offer :
Request a Demo